Arak Fakra is a ver special unique Lebanese Arak. Especially since not every Arak of Lebanon matures seven years in clay jars. Furthermore, the winery prefers a very strict selection of grapes and high quality aniseed. And at last the Schnapps matures in freshly baked clay jars from Beit-Chabab until it maturity. This enables the development of  an incomparable taste. This arak Fakra is also one of the best known Lebanese arak varieties outside of Lebanon. 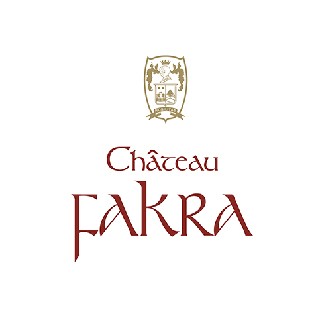 Arak Fakra XO is a unique arak from Lebanon. Furthermore also a special edition of the Lebanese winery Chateau Fakra. Like the Arak Fakra, this one also matures in clay jugs. Accordingly to several professionals, this Schnapps is really soft and smooth. And even the taste is unique, expecially since the grapes Merwah here are also still hand-picked. Moreover, this Lebanese arak is also one of the most famous varieties of Lebanon. In this regard, Arak Fakra XO may also be enjoyed with raw meat dishes. And that is why this arak is really famous among the compatriots. In this respect, the winery became famous also because of this product. As well as the other arak varieties, this one is distilled three times. However, the aniseed is added only at the third time. Then, this arak then matures for seven years in clay jugs. Of course, mainly to remove the ethanol and to refine the taste. Nevertheless, a long aging time is not always common and makes this arak thus an exclusivity in this area. Because only a few other Lebanese arak varieties ripen so long in the clay jugs. The clay jugs come again from Zahle, the Lebanese city of the arak. Accordingly, almost all distilleries of Lebanon come from this city.

About the cultivation of the grapes

Likewise, the grapes of this brandy come from the best vineyards of the area. Just as with the wine from Lebanon, this brandy enjoys the same characteristics of the Lebanese vineyards. And for this very reason, the grape varieties are protected from pests by the annual snowfall. In addition, the melting snow then also irrigates the soil in spring and even summer. But really unique is the Bekaa Valley, where the vines are located. Because this is protected by the two mountain ranges Lebanon and Anti-Lebanon. Consequently, the plain is also protected from the Syrian desert and the winds of the Mediterranean Sea.

1 other product in the same category: 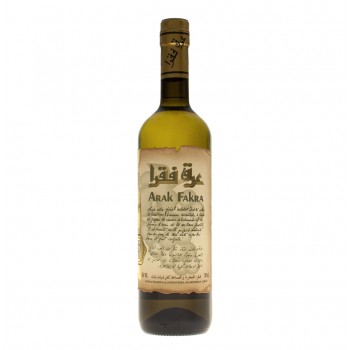 Arak Fakra is a special Arak, distilled according to Lebanese tradition with a strict selection of grapes and high quality aniseed. At last the Schnapps matures in freshly baked clay jars from Beit-Chabab until it maturity. This enables the development of  an incomparable taste. This arak Fakra is also one of the best known Lebanese arak varieties outside of Lebanon. 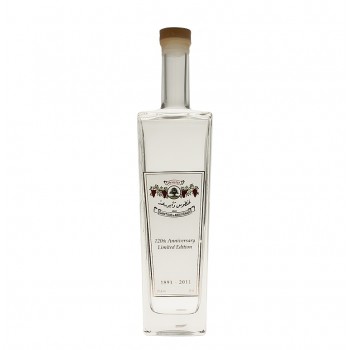 Arak Al Karram is harmonious and pleasant arak from Lebanon. The gentle and charming aromas has already convinced many arak lover. Accordingly, this Lebanese arak also reflects the quality of the best Lebanese grapes. Therefore, this arak can be drunk on its own or paired with several dishes. In this respect, this brandy is also one of the favorites among the Lebanese locals! 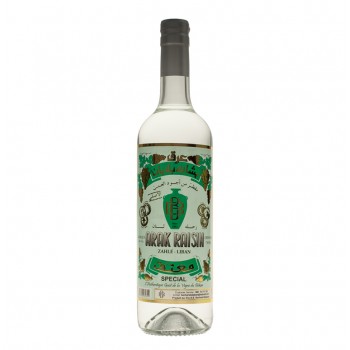 Arak Bechara Balaban is one of the oldest Lebanese arak varieties in existence. Therefore, this brandy is also full of tradition and history. But most of all, it convinces with its gentle and charming aromas. Accordingly, a really good food companion, which goes especially well with red meat and spicy appetizers. 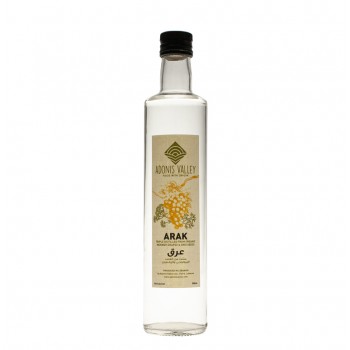 Arak Adonis (0.5L) is a smooth and aromatic arak from Lebanon. In addition, this Lebanese arak is grown organically. Therefore, Arak Adonis is of the best Brandys of the orient! Especially because of the high quality of the grapes and elaborate production. Thus the aromas and taste of licorice and herbs is both impulsive and gentle reflecting the diversity of the soil.